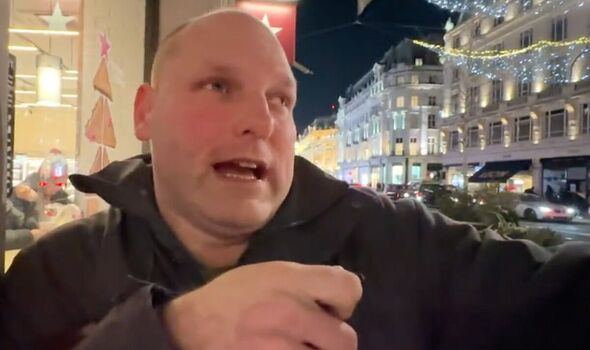 A thief tried to steal a blind BBC News Correspondent’s phone outside New Broadcasting House, but the reporter claimed he stopped him. View the tweets below to see how the situation developed.

Sean Dilley was rob early this morning after working a night shift. The burglar was push off his bike and the ground as Dilley “made a running jump and jumped on him.”

Dilley received praise on Twitter for reporting the robber to the Metropolitan Police after posting a picture of his cut leg and bruised knee.

Yesterday morning at about 7 a.m. GMT, he said on Twitter, “A dude on a bike just SNAPPED and grabbed my iPhone from my hand” (11 p.m. PST). “Wrong day, a wrong blind person. I jumped on him, safely restrained him, and recovered my phone.

Later, Dilley explained that he had immediately chased after sensing that his phone was being snatch from him. After briefly detaining the mugger, he let him leave on the condition that he do so as soon as another person arrived to assist.

Despite emphasizing that his actions had been “stupid,” Dilley dismissed criticism that they had been criminal, A public member may “attempt an arrest if they suspect a significant criminal conduct is going place,” according to UK law. He also suggested that anyone in his situation immediately call the police.

The event occurred outside the BBC offices in Central London and is currently being investigat by the London Metropolitan police as an attempt robbery. They are asking for any witnesses to the incident.